Import SVG and export to OBJ 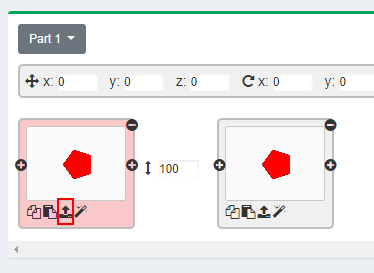 The import button is highlighted red

Now the import dialog opens, you can either click and browse for a file or use drag and drop. SVG files with one path and a maximum of one hole are supported. You might want to use Inkscape if you SVG does not meet the requirements for example to combine multiple pathes into one.

You can now import a SVG also into the second layer, this can be the same (like in this example) or a different SVG. You can also add additional layers by using the "+" sign. If you are using different SVGs make sure that they are somewhat similar (mainly having roughly the same number of points). Ideally you use one base SVGs that you modify and create additional SVGs from it.

In this screenshot two times the same SVG was imported

You can now manipulate how PlastiSketch builds the 3D OBJ. For example you can change the height: 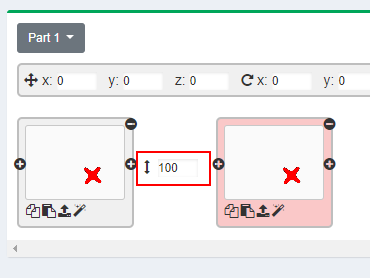 To change the height you can change the number highlighted here in red.

You can also use other functionalities on the left to change the layers of the 3d obj, for example rotate or scale. 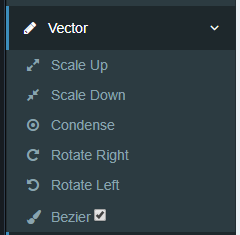